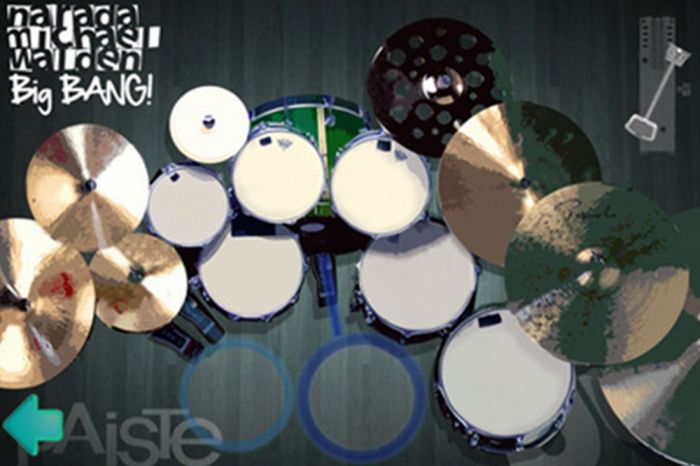 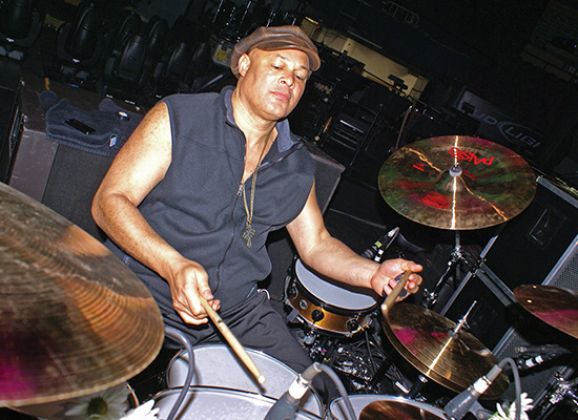 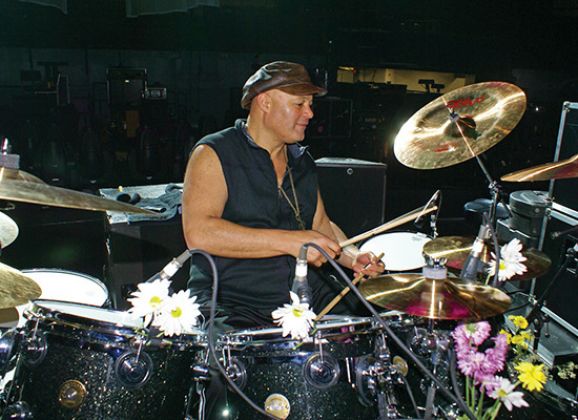 Among a handful of the most innovative, original and influential artists of our time, Narada Michael Walden’s stature as an authentic musical renaissance man is a matter of record. Producing Hits for Artists as diverse as Aretha Franklin (including the platinum “Freeway of Love.”), Steve Winwood, Ray Charles, Wynonna Judd, Whitney Houston, George Michael, Mariah Carey, Barbara Streisand, Lionel Ritchie, Lisa Fischer, Stevie Wonder, Tom Jones, Jeff Beck and The Temptations, the EMMY and multi-GRAMMY winner (Producer, Album and Song of The Year) has been at the helm of hit music that spans decades. His music flows freely from pop, rock and soul, to the rarified realms of jazz, fusion and world music. With Jeff Beck, Narada wrote and played drums on the seminal album “Wired” that earned them both their first Gold Album. Walden was an integral part of introducing Whitney Houston and Mariah Carey to millions of fans worldwide, producing and writing their breakthrough hits that first brought these divas to the spotlight. Billboard Magazine honored him as one of the Top Ten Producers of all time. As impressive a production and songwriting resume as Narada Michael Walden has assembled over the past thirty years and counting, he has earned equal acclaim as a recording and performing artist in his own right. Beginning as a drummer first with the pioneering Mahavishnu Orchestra (replacing Bill Cobham at 19 years old), Narada also toured with Jeff Beck, Tommy Bolin, and Weather Report. Through eleven acclaimed solo recordings, along the way he has branched into a wide range of sonic arenas. Walden’s music includes groundbreaking soundtrack work on such blockbuster films as The Bodyguard, Free Willy, Beverly Hills Cops II, 9 ½ Weeks and Stuart Little to the EMMY-winning “One Moment In Time,” the theme to the 1988 Olympic Games. The list goes on, but the artistry of Narada Michael Walden is about more than charts positions and record sales. There is a powerful spiritual component at the heart of everything this richly gifted artist undertakes, an attuned and intuitive approach with a deep appreciation for music’s transforming power. Simply put, the artistry of Narada Michael Walden gets to the heart of matter, about matters of the heart. It’s a commitment that reaches into the philanthropic arena as well, where Walden consistently lends his time and talent to causes ranging from the Cancer Society to funding music programs in the nation’s schools through his own foundation. For six straight years he has served as Music Director for the Rainforest Foundation Concert at Carnegie Hall, the high profile conversancy benefit spearheaded by Sting and Trudie Styler that has featured the likes of Elton John, Billy Joel, Ravi Shankar, James Taylor, Brian Wilson and, of course, Sting himself. His “Narada Michael Walden Foundation” delivers its services through a network of non-profit organizations with proven records of success in youth education and community empowerment. They partner with organizations that provide instruments, music education, and mentoring to students. The Foundation also endows college scholarships for aspiring musicians and enables the stars of tomorrow by offering talented, emerging young artists from around the world access to recording facilities, coaching and production support. Walden’s prodigious energies have consistently kept him on the cutting edge of the music industry. For 25 years now he has also successfully run his Marin County-based Tarpan Studios recording studio. With awesome abilities matched by a truly humble spirit, Narada Michael Walden is not only one of the most sought-after talents of our era: he is also one of the most admired, emulated and authentic. You can hear it in his music.