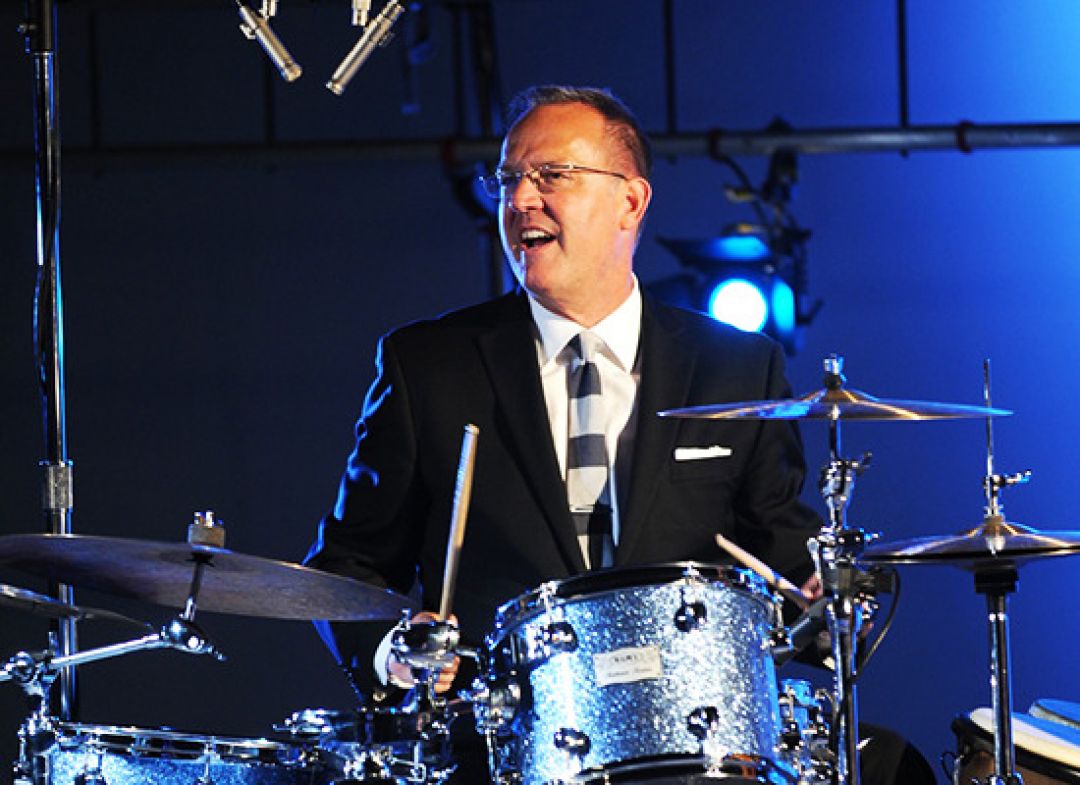 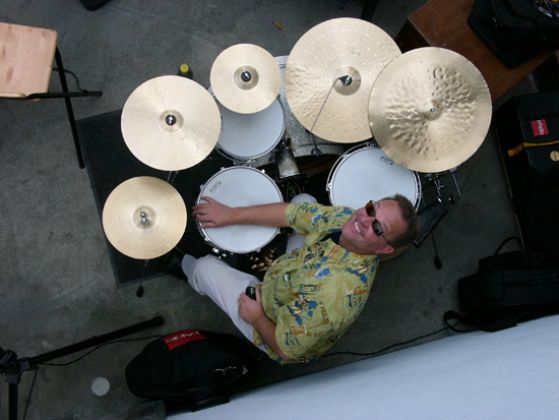 Drummer, author and music educator Matt Johnson, lauded as “a hurricane on sticks!” (the Los Angeles Times) is equally versed in all forms of jazz, pop and world drumming styles and has performed with a range of entertainers, from singers Julie Andrews and Andy Williams and Surf-rock pioneers Jan and Dean to big band legends Billy May and Les Brown. He is a founding member of the Tony Guerrero Quintet which, since 2014, has toured with Golden Globe- and Emmy Award-winning actress/comedienne Jane Lynch (Glee, The 40-Year-Old Virgin, Hollywood Game Night, The Weakest Link). Johnson, whose playing displays “captivating technique and creativity" (Modern Drummer Magazine), is also a gifted teacher. Since 1993, he has worked to inspire the next generation of drummers as Instructor of Drum Set Studies at Fullerton College, in Fullerton, CA, where, in 2011, he oversaw the installation of the nation’s largest all-digital drum-set lab. He is the author of the popular play-along eBook for jazz drummers, Big Band Loops Volume 1, and for more than 30 years, his private students have consistently earned the top drum set chairs in California’s All-Southern and All-State Jazz Bands. A veteran of the Squires and Velvet Knights Drum and Bugle Corps, Johnson was a full-time musician at the Disneyland Resort from 1979 to 1990 and continues to appear regularly in shows in and around the Resort. As a freelance musician, he has been a part of a number of exceptionally creative ensembles, among them the critically acclaimed Palm Springs Yacht Club, a musical comedy quartet delivering hot jazz from the 20s and 30s and the contemporary organ trio, 2+1B3. In collaboration with renowned composer and arranger Tom Kubis, he co-created and lead the nine-piece early-jazz show band, Swing Savant, described by the Los Angeles Times as “the Casa Loma Orchestra on acid.”