„Paiste has the perfect sound palette for any occasion. They allow me to realize the sounds in my head better than anyone else.“ 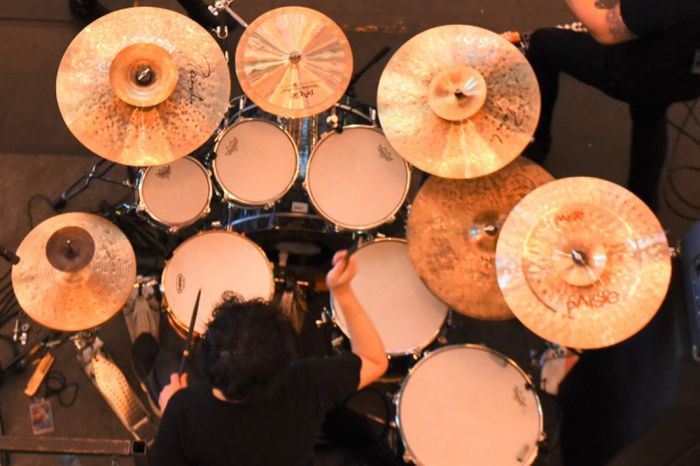 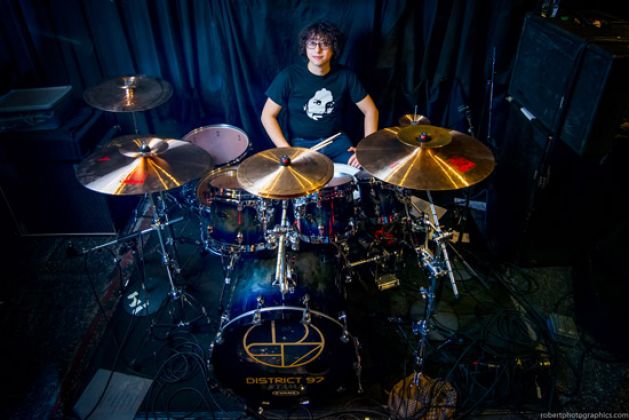 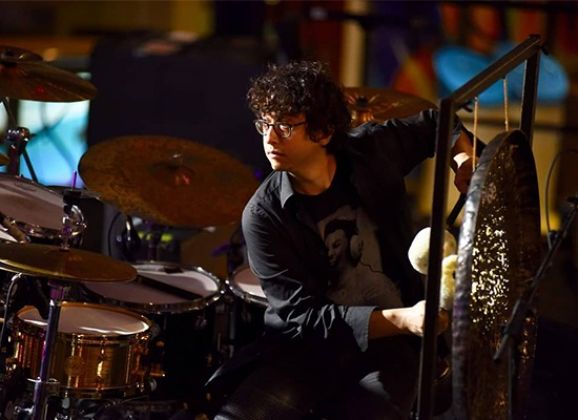 From the age of four years old, Chicagoan Jonathan Schang has been devoted to the pursuit and creation of original music. After attending Boston’s Berklee College of Music and studying jazz drumset with Paul Wertico at the Chicago College of Performing Arts, Jonathan focused his attention on forming his own four-piece band, District 97, in 2006. As drummer, primary composer, and bandleader, Jonathan drew upon influences from heavy metal to avant-garde jazz, and the foursome honed a no-holds barred style of eclectic and intricate Instrumental Rock before deciding the right vocalist was needed to complement their sound; enter 2007 American Idol Top 10 Female Finalist, Leslie Hunt. With a look, sound, and stage presence comparable to a young Ann Wilson from Heart, Leslie's dynamic performances pushed the band into a new direction that forged a unique marriage between accessible, catchy vocal melodies and an adventurous instrumental prowess. Hybrid Child, the band’s 2010 debut on record label Laser’s Edge, immediately made a big impression worldwide. In addition to the five permanent bandmembers, the album also featured Katinka Kleijn, cellist extraordinaire from the Chicago Symphony Orchestra. Kleijn’s blinding virtuosity and rich artistry added a unique component to the pieces therein, such as Schang’s theatrical 27-minute alien abduction-inspired epic “MindScan.” Praise like “District 97 is a wildly ambitious progressive-rock group whose youth belies its accomplishments onstage and on its new Hybrid Child CD” (Jim Derogatis of NPR's "Sound Opinions" and Rolling Stone Magazine) bolstered the band’s burgeoning reputation as a force to be reckoned with. The release of 2012's critically-acclaimed follow-up Trouble With Machines proved they were no one-trick pony. They had attracted the attention of legendary bassist and vocalist John Wetton (King Crimson/UK/Asia), who sang the role of Chicago serial killer H.H. Holmes on Schang’s operatic “The Perfect Young Man.” With the collaboration heralded as a “tour de force” (dprp.net), the band and Wetton joined forces in 2013 for tours of both Europe and the US, later documented on 2014's live release, One More Red Night: Live in Chicago. 2013 also saw the band nominated for a Breakthrough Artist Award by Prog Magazine. Rather than rest on their laurels, District 97 took to the studio in 2014 to record the new material they'd been honing at home and on the road. The resulting album, In Vaults (released June 2015), continued and accelerated the upward trajectory of great songwriting and incredible musicianship that had become their hallmark. One listen perfectly illustrates why iconic drummer Bill Bruford (Yes/King Crimson/Genesis) said, “The playing sounds uniformly dynamite and quality oozes from every pore. You’ve worked so hard on this, I wish you and the music all the success you deserve…Jonathan writes and plays like a demon.” 2016 and 2017 were filled with touring domestically and abroad, and 2018 saw the band complete a much-lauded North American 10th Anniversary Tour, Their highly-anticipated fourth studio album, Screens, was released in October 2019 via Cherry Red Records. The band featured music from Screens on their 2019 appearance aboard trailblazing prog rock band Yes’ Cruise To The Edge, as well as headlining shows throughout North America, Europe, and the UK. Jonathan and District 97 kept busy during the COVID-19 lockdown by releasing the limited-edition Two of a Kind: A Tribute to Bill Bruford & Allan Holdsworth and the epic animated Ghost Girl (Official Short Film), which Jonathan executive produced. Jonathan also produced District 97’s Screenplay, a 2CD live retrospective due for release via Cherry Red in Spring 2021. In addition to his activities with District 97, Jonathan is one of Chicago’s busiest and most in-demand Modern and Ballet dance accompanists. This involves playing primarily improvised music on keyboards and/or drums (often simultaneously as a “one-man band”) in support of the dancers’ movement. He has also been commissioned to compose and perform for a number of dance performances and recitals by companies/schools such as Thodos Dance Chicago, Deeply Rooted Dance Theater. Hyde Park School of Dance and The Academy of Movement and Music. Examples of his improvised work with modern dancers can be found at https://www.facebook.com/jonathan.schang.5/videos/10155774019049566/ and https://www.facebook.com/jonathan.schang.5/videos/10155181068659566/. In 2012, Jonathan was nominated in Modern Drummer Magazine's Readers Poll in the "Best Up & Coming Drummer" category and finished among the Top Five in 2016's "Best Prog Drummer" category among such heavyweights as Gavin Harrison, Todd Sucherman, Matt Garstka, and Marco Minnemann. He was also featured extensively in the September 2015 issue of Modern Drummer Magazine. Jonathan proudly endorses Tama Drums, Paiste Cymbals, Promark Drumsticks, and Evans Drumheads.