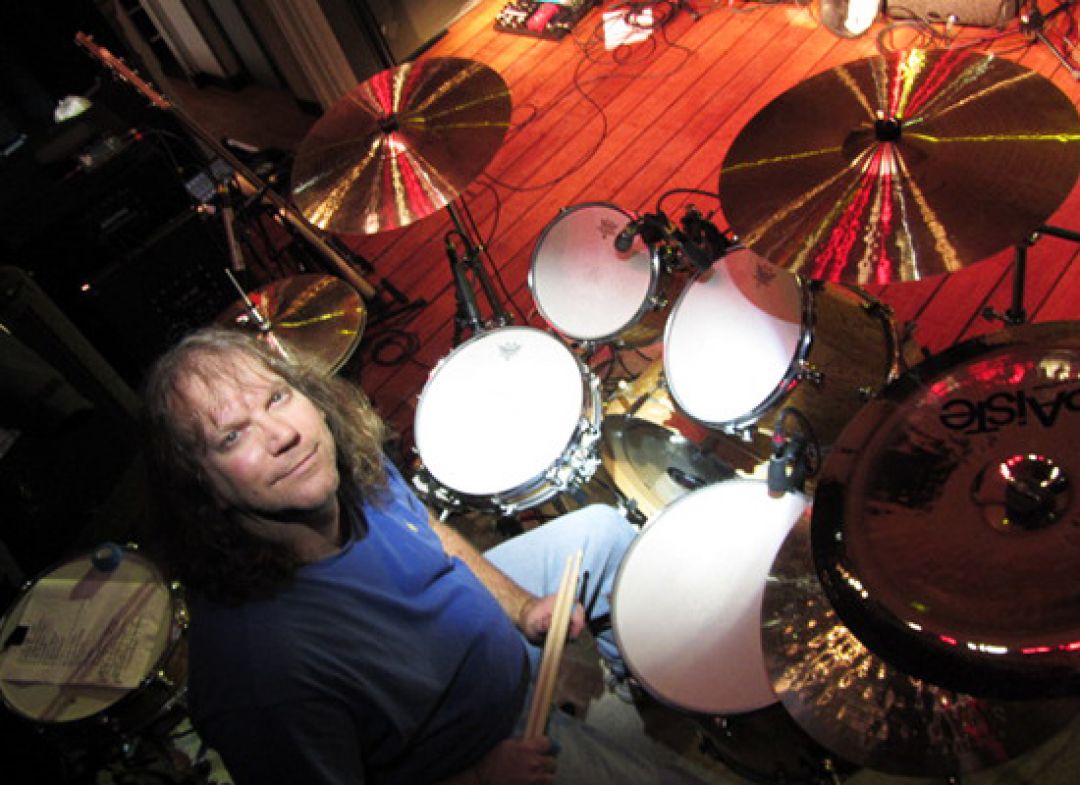 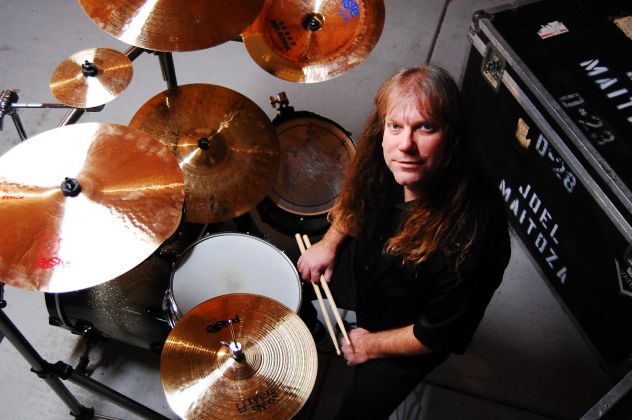 Joel Maitoza is a professional drummer/percussionist with over 40 years of recording / touring experience. He has appeared on over 20 albums, numerous US & European tours, featured on television and radio commercials and has performed with national acts 24-7 Spyz, Shockhead, Crown 10, Seventrain, Gangland, Sahara and Elysian. He is also a songwriter, arranger, record producer, session player and percussion teacher. As a graduate of the Yamaha School of Music, Joel received his music degree at six years old, majoring in piano, music theory and notation. After receiving a drum kit from his grandparents at the age of 7, Joel started private lessons with a college music professor for 8 years, which included a West Coast tour with the Palomar College Percussion Group. He also dedicated time performing in the school marching, concert and jazz bands. After school, Joel would practice between 4 to 6 hours a night and do summer stock musical theater during summer vacation. By age 14, Joel was playing the San Diego & Los Angeles club scenes with the band Metal Arsenal performing heavy metal covers and recorded a 3 song demo of original material with the band. By the time he graduated high school, he recorded his first album with the band Elysian on LCM/MCA Records and was performing around California. As he started auditioning for national recording acts, Joel ended up joining the neo-classical/thrash band Gangland featuring guitarist Spacey T (Sound Barrier, HR, Fishbone). Gangland toured on the West Coast and Mexico with bands like Exodus, Forbidden, Candlemass, Fates Warning, and Cacophony (featuring Jason Becker and Marty Freedman). Around this time, Joel got to jam with many influential musicians such as Geezer Butler, Paul Gilbert, LSD, DRI and The Bullet Boys. He also started getting hired for session work and gave drum lessons at a local music store. In 1987, he signed an exclusive endorsement deal with Paiste cymbals and continues to endorse their products today along with Vater drumsticks. In January of 1991, Joel met 24-7 Spyz guitarist Jimi Hazel and gave him a demo of his playing. Auditioning live over the phone, Joel got the gig with 24-7 Spyz and flew to New York. After two rehearsals, he was on tour with 24-7 Spyz and finished the last leg of their Gumbo Millennium tour. At this time, the band had already achieved international status recording two albums (Harder than You and Gumbo Millennium) for Relativity/Sony Records and signed with the William Morris Agency touring with bands like Alice Cooper, Prong, Primus, Urban Dance Squad and Jane’s Addiction. Shortly after Joel joined the band, 24-7 Spyz signed a new deal with Atlantic/East West Records, Polygram Publishing and acquired new management with Metropolitan Entertainment. With engineer Bruce Calder (Foreigner), the Spyz went into Electric Lady Studios in NY to start recording their E.P. "This is...24-7 Spyz". After nearly a year of touring in the US, Canada and Europe, they headed up to Vancouver to start recording "Strength in Numbers" at Little Mountain Studios with engineer Terry Date. The band did a short west coast tour opening for Public Enemy before mixing the record. This album prompted another world tour, interviews and steller reviews in major publications including Pollstar, Spin, Rolling Stone, RIP, Entertainment Weekly and Billboard. The band was featured in a Budweiser television commercial, two videos (Break the Chains and Stuntman) were featured on MTV/Much Music/Video Jukebox and even an episode of Beavis and Butthead titled "Car Wash". In 1993, Joel started a solo project called Shockhead featuring bass player phenomenon Ricky Wolking (Jennifer Batton, The Nixons, Tony MacAlpine, Edgewater), Craig Soderberg (-itis) and Joey McCaw (Brick Bath). They signed a deal with Jon Sutherland (Indivision Records) and recorded the album "Television" which was recorded and mixed over 10 days at 4th Street Studios in Santa Monica, CA. with engineer Jim Wirt. Shortly after touring and promoting the Shockhead album, the rest of 24-7 Spyz flew out to the West Coast to record the bands next record titled "6" at 4th Street Studios with Jim Wirt at the controls. "6" was only released in Europe on Enemy Records, but was later released in the US titled "Heavy Metal Soul By The Pound" on the WAR record label. Another tour followed with 24-7 Spyz, playing festivals and headlining dates throughout Europe and the U.S. Joel was with 24-7 Spyz until 1997 when he had to leave the band due to a family related medical issue. From 1998 to 2011, Joel focused his attention on session work. He reunited with 24-7 Spyz in 2011 through 2012 for the 20th anniversary of the release of Strength in Numbers which featured select US dates & a European tour in 2012. He joined the band Seventrain from 2012 to 2019, producing and playing on the critically acclaimed self-titled debut in addition to their follow up album titled Back on Track. He split with Seventrain in early 2019 to record his solo album which is currently in production and slated for a 2021 release. 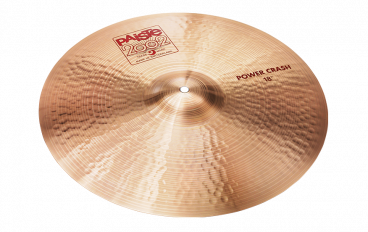 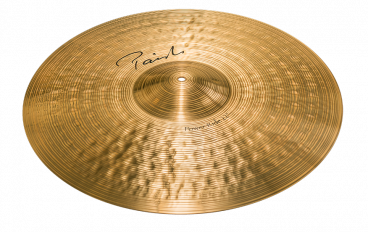