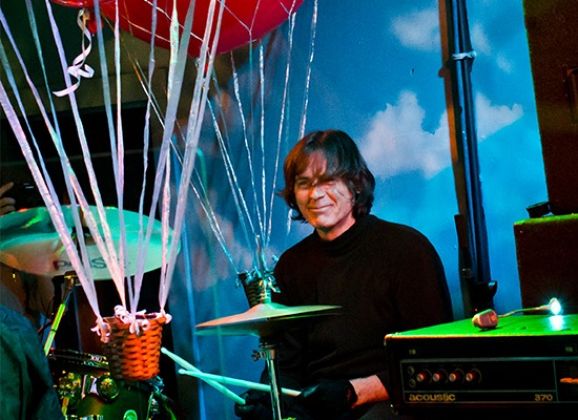 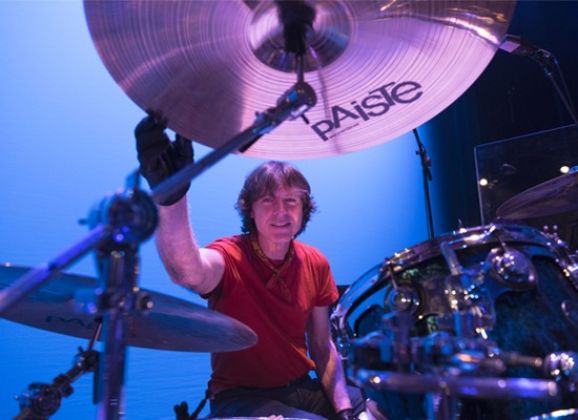 Jody Stephens first came to the attention of the music press in the early 1970s as the drummer for Ardent Records' legendary band Big Star. Artists such as R.E.M., The Replacements, The Black Crowes, and Teenage Fanclub cite the band as a major influence and all three of Big Star's Ardent Records releases are listed in Rolling Stone magazine’s 500 Greatest Albums of All Time. When Big Star regrouped with a live performance in the Spring of 1993, the lineup included Alex,Chilton, Jon Auer, Ken Stringfellow and Stephens. That incarnation of Big Star continued until the death of Chilton in early 2010 leaving Stephens as the sole surviving original member of the band. In 1997, Jody Stephens joined Golden Smog, a side project that includes members of Wilco, The Jayhawks, and Soul Asylum. The collaboration produced two critically acclaimed albums: Weird Tales and Another Fine Day. He has also recorded with Mike Mills (R.E.M.), Matthew Sweet, Ryan Adams/Whiskey Town, Afghan Whigs, Bill Lloyd and Elliott Smith. Twelve years after his initial stint in Big Star, Stephens returned to Ardent Studios to work with Big Star’s mentor/engineer and studio owner, John Fry. He now serves as general manager and in various roles relating to the Ardent Music label. Promoting label artists Star & Micey and Greyhounds is a particular favorite. “I am grateful to have had the opportunity to work with and learn from my mentor John Fry over the past 27 years.” Says Stephens. “Interacting with all the great musicians, engineers and producers who come through the doors at Ardent makes my job a wonderful new daily adventure.” Representing the Memphis Chapter, Stephens currently serves on the board of governors and served as a Trustee for the National Academy of Recording Arts and Sciences from 2008 to 2012. Big Star was honored with a NARAS Memphis Heroes Award in April 2004. Still active as a drummer, Stephens performs select dates with a presentation of Big Star’s Third live, a fully orchestrated production of Big Star’s Third album. The show is the brainchild of producer/artist Chris Stamey and has been performed in Carrboro, NC; New York City, Austin/SXSW 2012, London, Barcelona, Sydney and, just recently, Memphis. “With Stamey leading the band, which also included drummer Stephens and guitarist Mitch Easter, the night proved truly extraordinary, a concert that was by turns engaging, heart-rending and awe inspiring.” Bob Mehr (Memphis Commercial Appeal)