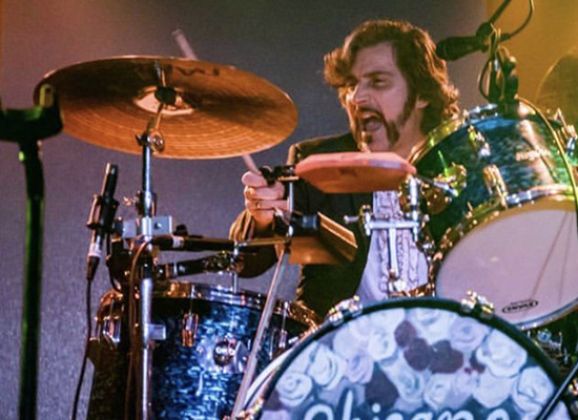 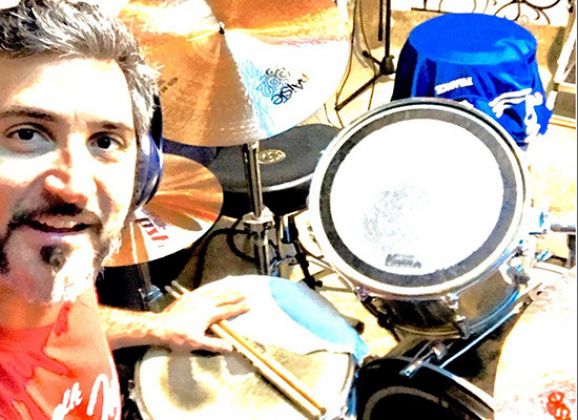 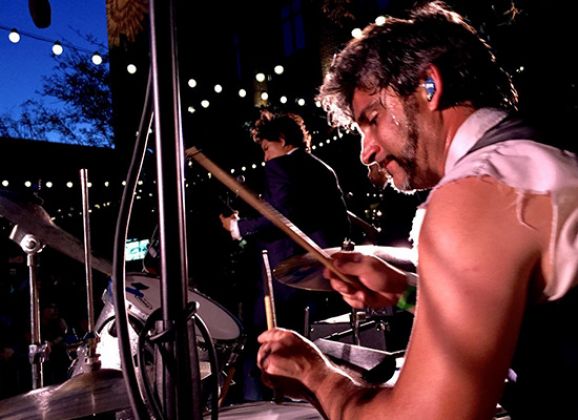 Gabriel "El Drumero" Villa, best known for his drumming in the LA based psych-soul quartet Chicano Batman, was born and raised in the world capital of Salsa music -- Cali, Colombia. It was there and at a young age that his love for rhythm diluted his blood. His musical journey started over twenty years ago in his native land where he started playing and studying percussion, heavily leaning towards classic Latin rhythms including Salsa, Cumbia, Bambuco, Samba, and Bossa. As his relationship with the drums and world rhythms was developing, he was admitted to Conservatoire Nationale de Région in Toulouse, France. It was there he delved into studying drum kit under Mr. Jose Fillatreau and received a degree in Drum Studies. Villa's time in France expanded his musical vocabulary and exposed him to various music styles (Classical, Rock, Blues, Folk, Metal, Jazz, Funk, and Fusion). He played with and recorded in various musical projects in the south of France. In 2005, Villa relocated to Los Angeles, California where he earned an Associate’s degree in Performing Arts at Citrus College. In 2008, Gabriel met Bardo Martinez and Eduardo Arenas. The trio went on to form Chicano Batman, shortly thereafter adding Carlos Arevalo on guitar. Having signed to ATO Records and releasing their breakout album "Freedom Is Free" last year, Chicano Batman has become an internationally renowned and critically acclaimed name with their unique blend of Tropicalia, Soul, and Psychedelic Rock. Sharing the stage on tours with Jack White, Alabama Shakes, Portugal the Man, and making breakout appearances at Coachella, Bonnaroo, Vive Latino, Newport Folk Fest, and many others.