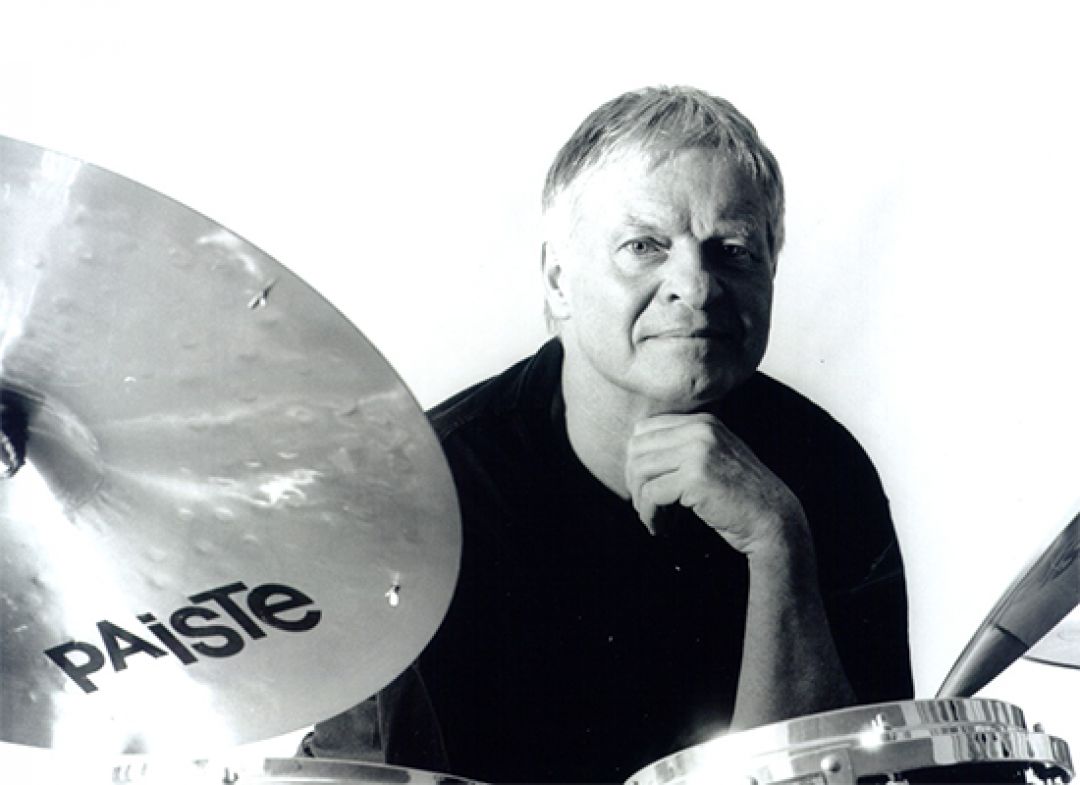 Alex Riel was born September 1940 in Copenhagen, Denmark, and has since the sixties remained firmly established as one of the most significant and influential jazz drummers in Europe. His career began in the early sixties where he was the house drummer at the legendary jazz club "Montmartre" in Copenhagen. The rhythm section also included bass player Niels-Henning Ørsted Pedersen and alternately pianists Tete Montuliu and Kenny Drew. During this time Alex Riel got to accompany a vast number of visiting international stars as Ben Webster, Dexter Gordon, Kenny Dorham, Don Byas, Donald Byrd, Yusef Lateef and many more. This experience led to Alex Riel being chosen as the “Danish Jazz Musician Of the Year” in 1965, and shortly hereafter he released his first recording as a bandleader. It was a trio recording with Niels-Henning Ørsted Pedersen and Kenny Drew which has now become collector’s item. In 1965-66 Alex Riel also toured in Europe as a member of the renowned pianist Bill Evans’ trio with bassist Eddie Gomez. Over the years Alex Riel has played with an impressive number of fine jazz musicians representing both the traditional and the modern way. His very first impression of jazz drumming was that of Big Sid Catlett and Zutty Zingleton, and this early influence is still perceptible in his playing. However Riel’s appearance with musicians such as Wayne Shorter, Freddie Hubbard, Jackie McLean, Archie Shepp, Michel Petrucciani, Gary Burton, John Scofield etc has made him widely known as an outstanding modern drummer taking up the styles of drummers Elvin Jones, Roy Haynes and Tony Williams. Alex Riel has also been working a great deal outside the jazz area. He was a founding member of “The Savage Rose” - one of the most significant Scandinavian rock groups ever – with whom he recorded several albums. They toured extensively around Europe and US in the late 60s and early 70s. In 1969 they played at the original Newport Festival in USA where they shared the stage with Jethru Tull and James Brown. In addition to this, Alex Riel has drawn attention to himself as a rock drummer through his long time work with the successful Danish singer and composer Sebastian. Riel has furthermore been playing in a number of jazz-rock fusion bands. Ever since the late 50’s Alex Riel has played as a sideman on several hundred jazz recordings with various international artists. During the last decade he’s been releasing CD’s in his own name as well. These recordings are featuring contemporary stars such as Jerry Bergonzi, Michael Brecker, Kenny Werner and Mike Stern – but also “old” favourites like trumpet player Harry Sweet Edison and bassist Eddie Gomez. In the recent years Alex Riel has worked a great deal with the Hamburg based NDR big band featuring Abdullah Ibrahim, and toured with a vast number of smaller groups, including groups led or co-led by himself. He’s also been playing various studio jobs and concerts with artists like Phil Woods, Charlie Mariano, Lisa Nilsson, Stefano Bollani, Palle Danielsson, John Taylor, Johnny Griffin, Jacky Terrasson, Andy Sheppard, Palle Mikkelborg, Didier Lockwood and Pat Metheny. Alex Riel has recieved several awards and marks of honour throughout his carreer. In fact he is regulary being referred to as “a living legend”. It is however his youthful playfulness on stage and his obvious enjoyment of playing the drums that perhaps to this day characterize him more than anything.