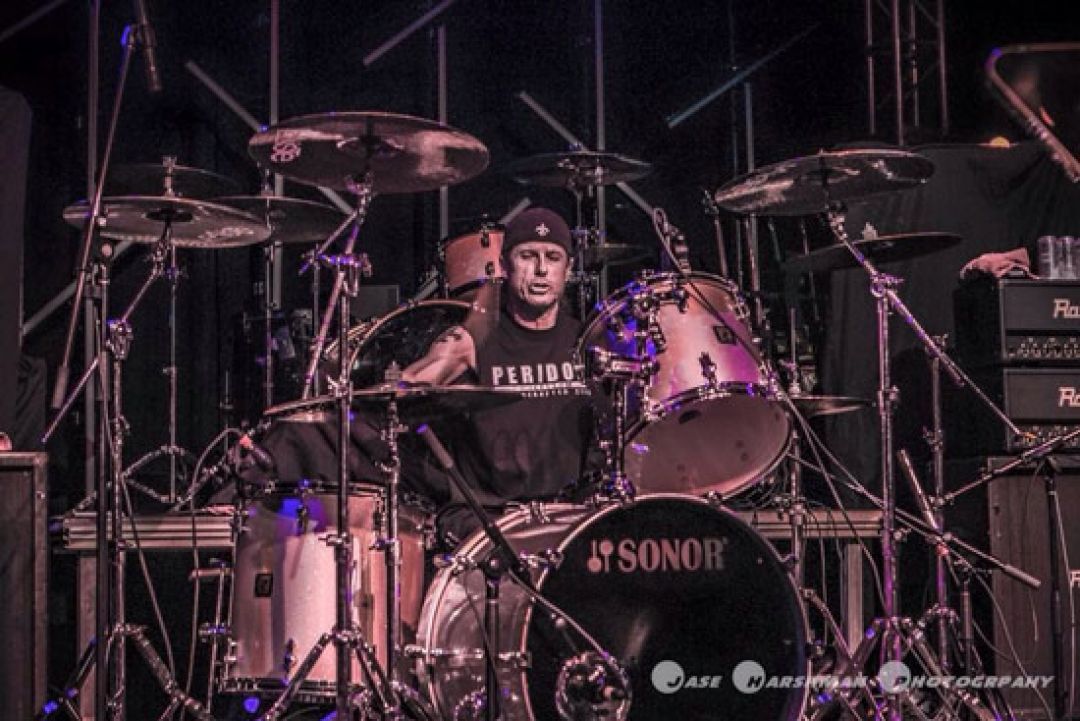 Thomas Steven Buckley was born in New Orleans, Louisiana on April 12th,1970 at Hotel Dieu Hospital. He is the only son of Carol and Stewart Buckley of Chalmette, Louisiana. Chalmette… where it all began. Tommy first remembers playing on large tin coffee cans to Kiss in to his dad’s spare room at just the age of 3. Just 9 years later, he would begin drum lessons with one of his biggest drumming influences, Ray Fransen of Kenner, Louisiana. With his new mentor, natural talent, and his parent’s unwavering support, Tommy’s drive to become a professional drummer became a way of life for him. During his middle and high school years, Tommy excelled in honor band, jazz band, and snare line. During high school he listened to every album he could get his hands on. His top three influences at the time being Peter Criss, Phil Rudd, and Tommy Lee. Tommy was able to bring his first band together in 1983, Holy Terror. Tommy graduated from Chalmette High School in 1988 ….and so the legend continued… In 1988, the birth of Soilent Green, with founding members, Brian Patton, Glen Rambo (RIP) , Donovan Punch, and Marcel Trenchard burst through the NOLA metal scene with a prevailing bevy of downtrodden sounds. Soilent Green endured many hard ships, including two van accidents while touring, the death of original vocalist Glen Rambo and his mother in hurricane Katrina in 2005. Katrina that left Tommy’s childhood home in ruins. His parents were displaced and lost an irreplaceable amount of precious belongings. Tommy shared his home with them for two years while they rebuilt in Chalmette. For the next several years, Tommy spent touring the world with Soilent Green and Crowbar. He had previously joined forces with the Riff Lord and legend, Kirk Windstein in 2004. Tommy was diagnosed with prostate cancer and underwent a prostatectomy on August 13th, 2013 which never slowed him down. Crowbar remains Tommy’s creative outlet up until today. Tommy Buckley has recorded 5 albums and 1 EP with Soilent Green. He also has recorded 4 albums with Crowbar.