„To me Paiste is synonymous with uniqueness in sound and textures; excellence and unmatched consistency in product quality. They create instruments that are forward thinking and that keep inspiring my playing all the time. A great company with a fantastic legacy in all musical idioms!“ 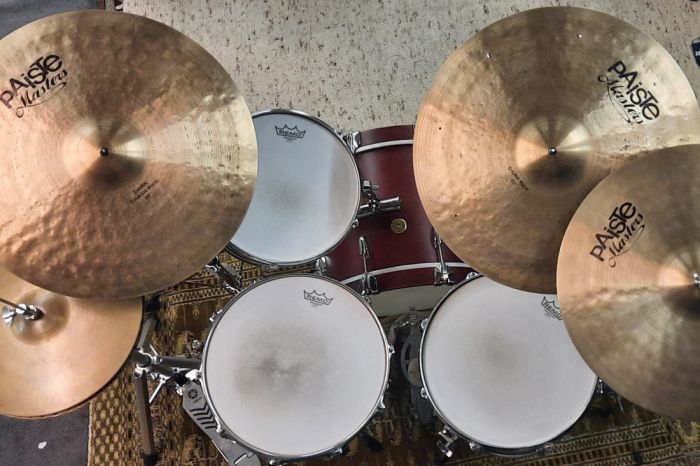 Originally from Geneva Switzerland, drummer / composer Noé Tavelli has performed with a wide variety of artists including Dee Dee Bridgewater, Dave Liebman, Ohad Talmor, Mats Spillmann, Florian Favre and Bänz Oester. Growing up in a family of music enthusiasts, Noé has been been exposed to jazz and improvised music very early on and started playing the drums at 7. He is a graduate from the Lausanne Conservatory of Music, The Jazz Campus, Basel and the renowned Manhattan School of Music, New York. Throughout his formative years he has been lucky to be mentored by some of the greatest drummer in the business such as Marcel Papaux, Dan Weiss, John Riley, Justin DiCioccio, Jeff Ballard, Eric Mcpherson and Ferenc Nemeth. A growing force on the Swiss music scene, Noé has developed a unique sound on his instrument which is both modern yet anchored in the jazz drumming tradition. A dynamic musician, he has also published two albums of his own original music as a leader: Noé Tavelli & the Argonauts (Double Moon / Jazzthing Vol.78, 2019) and Inner Streams (Fresh Sound New Talent, 2022). Noé performs regularly with different groups including his band, the Ben Rosenblum trio, Raphael Jost, Florian Favre trio and Sizzling Inn. He has appeared on stages such as the Montreux Jazz Festival, Baku Jazz Festival, Festival Luna Classics, Generations Frauenfeld, Ethno Jazz Festival, Festival de Musique de Toulon, Label Suisse Festival, Cully Jazz Festival, The 55 bar (NYC), The Bar Next Door (NYC), The Moods (Zurich), AMR (Geneva), Sunset/Sunside (France) to name a few. As a performing artist, he has also appeared with the likes of Nik Bärtsch, Elina Duni, Colin Vallon, Edsel Gomez, Richard Sears, Jean Lou Treboux, Domenic Landolf, Nat Su, Yumi Ito, Gabriel Zufferey and Shems Bendali among many others. Besides his performing activities, he is also a sought after music educator. In 2016 he created the acclaimed jazz summer workshop Lemanic Jazz Workshop in Geneva. Noé is a 2015 recipient of the Friedl Wald Foundation for young talents.

Only standard models appear in this section.
20" 22"