Paiste Artist Since
May 2013 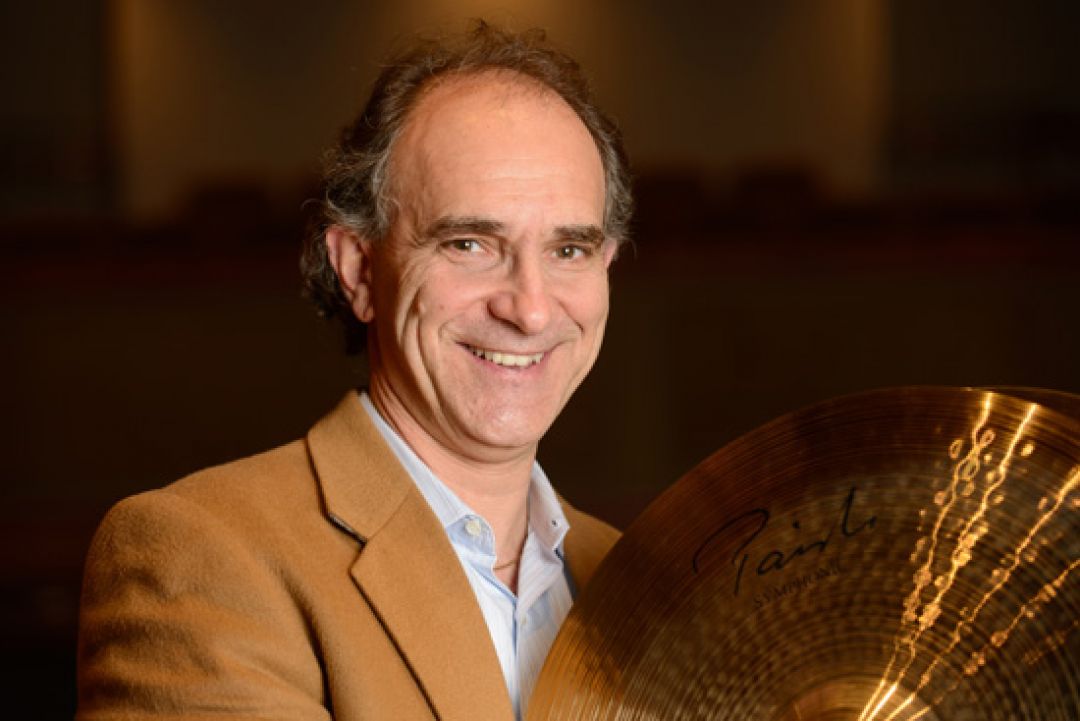 James Musto is a multi-talented performer, teacher and lecturer in the field of Percussion and Drumset. Currently, Mr. Musto is a Professor and Concert Artist on the faculty Kean University in Union, New Jersey as the Percussion Ensemble Director and Percussion Instructor. In addition to his academic responsibilities of Private Lessons, and Music in World Culture course. He performs on numerous faculty recitals and jazz concerts at Kean, emphasizing new works, jazz and non-western percussion. He created and directs the growing Percussion Ensemble at Kean. Under his tutelage and extensive research, the Percussion Ensemble at Kean (PEAK) performs new and diverse programs every semester, endeavoring to include works drawn from world music as well as standard percussion repertoire arranged for the group. The Percussion Ensemble at Kean is the first professionally recorded student ensemble at the university. Colleagues at the university and professionals from the performance field critically acclaimed the 2008 CD recording and one selection from the recording is featured on the publishers website. Through these efforts, PEAK has received several grants from Union County to perform off-campus in public appearances. Mr. Musto’s one-man show entitled Percussion Around the World has been well received throughout the tri-state area in numerous libraries, schools and lecture series. This presentation-lecture utilizes over fifty unique percussion instruments from his private collection, their history, geographical significance and usage and includes a demonstration. Mr. Musto is the percussion coach of the New Jersey Symphony Youth Orchestra, rehearsing and coaching to teach ensemble skills and musical concepts to talented students from diverse backgrounds. Mr. Musto has performed frequently with the New York Philharmonic in Avery Fisher Hall, Carnegie Hall, and on tour in the USA and Europe. He has performed under the batons of such conducting greats as Mstislav Rostropovich, David Robertson, Sir Colin Davis, James Conlon, Kurt Masur, Lorin Maazel, Sakari Oramo, Kent Nagano, Matthias Pintscher, and Alan Gilbert. He has played percussion with the Israel Philharmonic under Zubin Mehta and Lorin Maazel on their annual tour stop at Carnegie Hall. Currently, Mr. Musto holds the position of Timpanist with The Greater Bridgeport Symphony under Gustav Meier, a position he won by audition in 1990. He has been the timpanist for The New York Grand Opera under Vincent LaSelva; The Westchester Symphony, The Connecticut Orchestra Summer Music Festival at Harkness Park and the Mexico City Philharmonic. As a regular performer with the New Jersey Symphony Orchestra under Zdenek Macal, Sergiu Commissiona, Neeme Jaarvi, Hans Graf, Constantine Kitsopoulos, and Jacques Lacombe. Mr. Musto can be seen on PBS in “Andrea Boccelli – Live from Liberty State Park.” He often performs on drumset for the Symphony with artists ranging from Roberta Flack to the Canadian Brass. With his extensive collection of timpani and percussion, he has performed and recorded with the period instrument groups, The American Classical Orchestra and The Paragon Ragtime Orchestra. Other area orchestras include: Orchestra of St. Luke’s, New York Chamber Symphony, New York City Opera, L’Opera Francais de New York, New York Pops, and The American Symphony Orchestra, Darlene Love’s Christmas Show, Aretha Franklin in Concert and the Radio City Music Hall Christmas Show. He has toured with the Paragon Ragtime Orchestra, as a member of the ensemble, a xylophone soloist and creating accompanying sound effects for silent films. Mr. Musto was the percussionist in the Broadway production of A Tale of Two Cities. He was the Latin percussionist in the Broadway production of Saturday Night Fever, and has played over 20 musicals on Broadway as a drummer and acoustic/electronic percussionist. He has recorded for RCA Victor, Polygram, Varese-Sarabande, Disney, and Newport Classics; and can be heard on recordings of numerous cast albums under the direction of such luminaries as Stephen Sondheim, Kander & Ebb and Alan Menken. Mr. Musto’s early professional musical experiences began by touring the United States with the Boris Goldovsky Opera Theatre and touring Europe with the Broadway shows West Side Story and Man of La Mancha. Mr. Musto received a Master of Music degree from The Juilliard School, where he studied with Elden Bailey and Roland Kohloff. He received a Bachelor of Arts degree from Rhode Island College where his first teacher of orchestral percussion and conducting was George Goneconto. Mr. Musto has had additional studies with a diverse roster of artists such as Fred Buda, Chris Lamb, Duncan Patton, Robbie Ameen, Gordon Gottlieb, Frank Malabe, and every percussionist he comes in contact with.