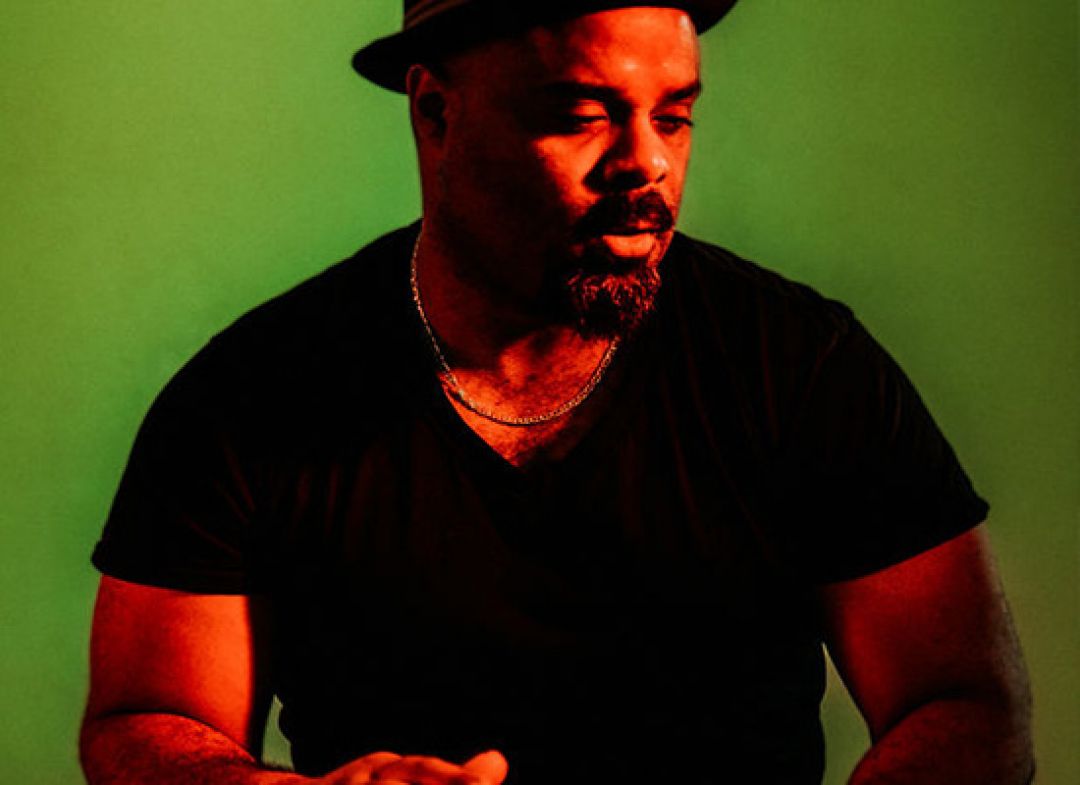 Born in Santurce, Puerto Rico on March 22, 1976, Héctor “Coco” Barez is one of the most active Puerto Rican percussionists of his generation. During his extensive career he has had the opportunity to represent the Island in both folkloric and popular music stages. Coco received a BA in Physical Education from the University of Puerto Rico (UPR) in Río Piedras. He studied percussion at the UPR, the Inter American University of Puerto Rico, the Music Conservatory of Puerto Rico, and the Los Angeles College of Music (LACM) in Pasadena, California. Nevertheless, Coco attributes his highest level of learning to the streets of Puerto Rico and its bomba and rumba percussionists such as La Familia Cepeda, Los Hermanos Ayala, Los Pleneros de la 23, Alfredo Rodríguez, Nicolás Lebrón, Paoli Mejías, Héctor Calderón, Víctor Emmanuelli, Samuel Gascot, and Raúl Rodríguez amongst others. He was a member of the Ballet Folclórico Nacional de Puerto Rico “Areyto,” Pleni-bom, Los Pleneros de la 23 Abajo, Son del Batey, EL Bombazo de Puerto Rico de los Hermanos Emmanuelli, Taller Tamboricua, and Bataklán. In 2017, Hector Barez after a long musical trajectory and while accompanying other artists he presents his own musical proposal entitled El Laberinto del Coco. Where he uses Bomba, the oldest genre of music of african heritage in the island as bed, to incorporate his musical vision creating a unique bridge between past and present time. Coco worked for 8 years with the band Los de Atrás Vienen Conmigo, which played for the Puerto Rican rap duo Calle 13 for 10 years. He recorded in 4 of the 5 Grammy-award winning productions of Calle 13. He has also had the opportunity to perform and record with artists such as Shakira, Alejandro Sanz, Maná, Don Omar, Bacilos, Bayanga, William Cepeda, Cultura Profética, Tamela Hedstrom, Diana Fuentes, Jerry Medina, Mikrowaves, Mekong Express and Calma Carmona amongst others. He is currently a member of the salsa band Bio Ritmo , Miramar (Boleros), that recently dedicated its debut album to the great Puerto Rican composer and songwriter Sylvia Rexach. Coco keeps a busy schedule touring with Miami based band Bacilos and constructing what is going to be the Laberinto del Coco Tour expected to start sometime around summer or all fall 2020. Hector”coco”Barez is an Adjunct Latin percussion instructor at Virginia Commonwealth University (VCU) Since 2019, and a musician for the University of Richmond Dance Department. He also teaches and does workshops on Puerto Rican percussion all over the globe.