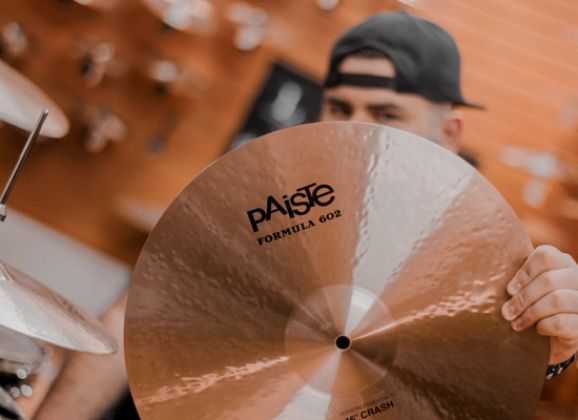 Daniel Cárdenas is a reknown drummer and musical producer who has internationally influenced many people; he has also participated in numerous Gospel and Fussion music shows, being Christian music his main source of work. Was born and raised in Venezuela. When he was 9, he started his musical education on his own which allowed him to develop very quickly in the Music Business in his country. He participated in several concerts and recordings also in his country: Venezuela. Furthermore, he started teaching when he was 16, very young in fact. In 2011, he won the V-Drums Roland Competition which allowed him to represent his country in Mexico, where he was 2nd. He studied in Escuela Superior de Audio y Acústica, Simon Bolivar Conservatory and Jazz Workshop in Caracas. Because of his influence on the social media, he started the GOCHOPS Movement, which later allowed him to tour to teach how to develop chops and how to play and interpret music on drums. He has played in the most important places in Latin America. Some of the artists with whom he has worked are: Alex Zurdo, Redimi2, Musiko, Marcela Gandara, Mau and Ricky, Camilo, Sebastian Yatra, Coastcity, Ruth Mixter, Marco Barrientos, Victor Drija, Nueva Generazion, Josue Cárdenas among others. Currently, he lives in Mexico, City, where he continues his career as a producer. He is part of the Alex Zurdo Live Tour.