Main Affiliation
Through The Roots 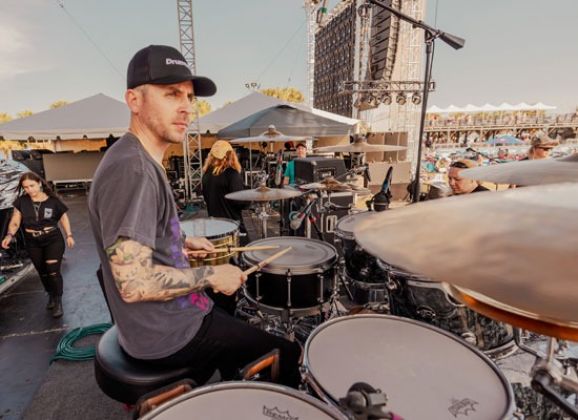 Calvin Canha is a musician, producer and media hyphenate who channels his creativity through music and visual arts. Born and raised in Maui, Hawaiʻi, he discovered his passion for music at the age of 7, first learning to play the ukulele before ultimately falling in love with drums. His attention to detail and finely tuned ear progressed throughout his career, as he honed his musical prowess first on drums and percussion instruments before delving into guitar, bass, and keys. Canha began performing in various reggae bands starting in 2004, and has been working as a producer, studio drummer and touring musician ever since. As a professional drummer and producer for over a decade, he has worked with award-winning musicians and traveled both domestically and internationally for the likes of acclaimed reggae artists JBoog, Mike Love, Paula Fuga, Kolohe Kai, Three Plus, Inna Vision, The Late Ones, Lion Fiyah, Landon McNamara, Kimie Miner, Likkle Jordee and many more. When flipping through local radio stations in Hawaiʻi, it is Canha’s skilled studio drumming you’ll often hear throughout the hour on countless island hits. A self-taught producer, photographer and graphic designer, Canha launched his music production label, Drumwise, in 2019. Through Drumwise, he has collaborated with a diverse catalogue of celebrated artists in genres ranging from reggae to pop, dancehall and r&b. Canha signed to production management Green Stone Music in 2020, where he has continued to advance his services to include mixing and brand development. Canha debuted his first full-length album, Reflection Riddim, under the Drumwise and Greenstone labels in 2021. The album celebrates the traditional Jamaican juggling culture and features powerhouse reggae artists Peetah Morgan, Jemere Morgan, Through The Roots, The Steppas, Fiji, Siaosi, Gavinchi Brown and more. Canha is currently a core member and producer of the San Diego based reggae band, Through The Roots, who is on the road promoting their latest album “TTR” on nationwide tours throughout the country.