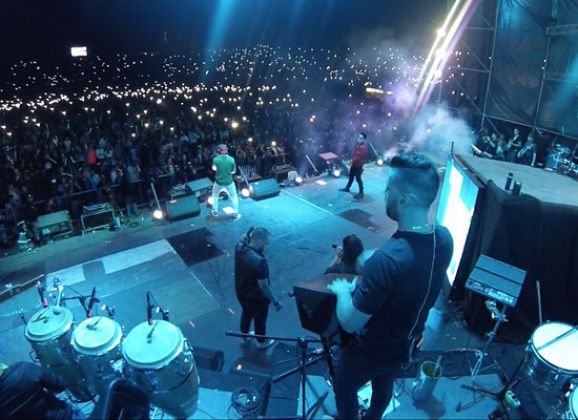 Armando Montiel, Percussionist, was born in august, 24th of 1985, in Caracas, Venezuela. When he was just a few months old he moved with his family to Maracaibo City, where he grew and kept in touch with the local rich culture and traditions. Since he was Little he showed his insterest in music, so he was always involved in his school’s festivals and events. When Armando turned 18 he moved to the capital: Caracas, to iniciate his studies as an Engineer. He graduated in 2011 from Nueva Esparta University. He worked as a percussion teacher on the Claret School and started receiving classes from Vladimir Quintero (Percussionist from The venezuelan band Guaco) among other percussionists that now had shared the stage with Montiel. Armando has worked with different bands such as: Son Bugalú, Kcao, Fondo Blanco, Extasy Band, Ruta 6. Eduardo Ron and Ecuajey. Also with national and international artists like: Surá, Full Latino, Víctor Muñoz, Chino y Nacho, Elvis Crespo, and know he is a part of the band of the Latin Grammy winner, Chyno Miranda. Montiel had the oportunity of recording for popular artists on the venezuelan music, such as: Guaco, Chino y Nacho, Treo, Benavides, Surá, and others. Currently Armando is a percussionist and drummer of "Chyno Miranda" and other groups in Miami. He also has his own band called "La Nota Band" where he directs and play drums.